Ultra Events have raised £22 million pounds for CRUK so far. This money funds life-saving research which will bring more hope to the progress it has already made. We know that the people that take part in our events do so for many different reasons, they might want to get fit, learn a new skill or want to raise money for a charity that is important to them.

Time and again we are moved by the stories and the bravery that our participants show when they decide to share their reasons for taking part.

I wanted to share in this blog a story of one couple, Karen and Paul Hubbard who are inspiring in their strength and their courage and whose reasons for dancing with Ultra Ballroom are why we as a team are so passionate about raising more money for Cancer Research UK. 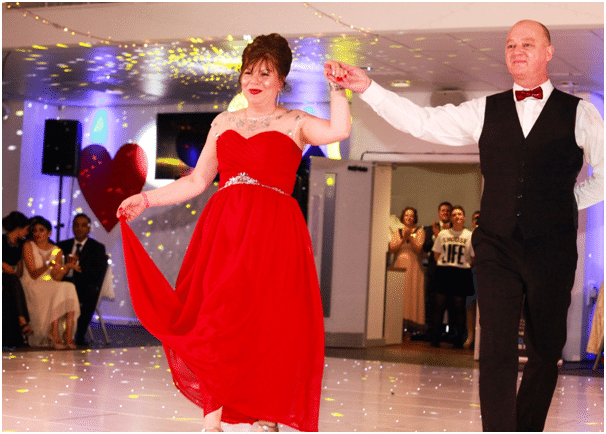 Eden Hubbard was born on April 6th 2000. She was a millennium baby and special from the start, anyone who met her was caught up in her bubbling personality and zest for life. From the age of three, she started to dance, it was obvious that this was going to be her thing. Mum Karen said ‘that is where she was happiest, up on stage performing and smiling, it was definitely what she loved to do, she had such energy”. Very soon she was performing with her dance school in Leicester at dance festivals across the midlands. Karen told me about her favourite dances, one was a song and dance taken from Mary Poppins called “I love to laugh” I was lucky enough to see Eden perform this myself and as a dance teacher there are times when a song, a dance, a costume and a performer all come together and create magic and that was one of those times. It was wonderful to watch.

In 2008 Eden began to have headaches, after an incident where the pain just didn’t seem to improve Karen and Paul took her to the hospital. After a lengthy visit and several tests, the diagnosis was confirmed. Eden had a brain tumour. There began a long journey of treatment, operations, chemo and radiotherapy at hospitals in Leicester and Nottingham. Scans and results became part of their family life. Karen and Paul tried to bring treats and enjoyment to their rounds of hospital visits with theatre trips so when Eden was unable to dance herself she could watch her favourite shows, the Lion King was one of the most memorable. 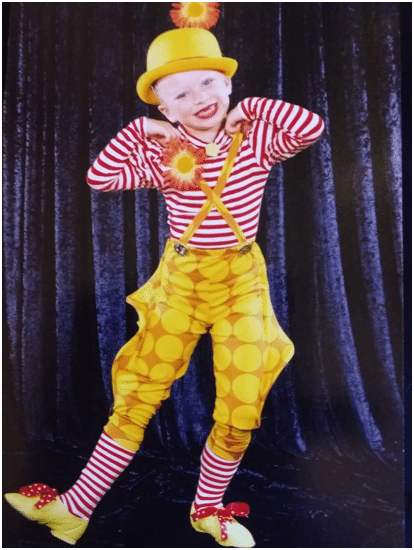 Throughout the treatment Karen said that Eden was incredible, she was brave, strong and determined, despite her being a little girl who was fairylike in appearance this disguised a strength that carried her through the most difficult time. Despite the operations, treatments and the highs and lows of good and bad news for two years they were to hear the devastating news that there was nothing more the doctors could do. Eden passed away peacefully on 13th June 2010 aged 10. A shining star throughout her life.

Karen told me that through the depths of her grief she knew she wanted to raise awareness for Brain tumours and support Cancer Research UK. Karen’s overriding concern is that she wouldn’t want others to go through what she and Paul went through so funding research for improved diagnosis and treatment is incredibly important to them both.

A chance conversation I had with Karen in 2018 led to her and Paul signing up for the Leicester ballroom event. Karen had never danced before but she was determined to do this, she wanted to do it as a tribute to her beautiful daughter and to raise more money. She told me that her overriding motivation through the training was that she knew Eden would be so proud of her and Paul. She said that Pauls enthusiasm for the event and the training was wonderful to see, as sad as the reasons they had for doing this she said it gave them something to live for. Paul even set the whole dance himself, they waltzed to “Kiss from a Rose”.

On the night they were supported and surrounded by friends and family who clapped, cheered and cried in equal measure and it was in Karen’s own words “One of the most memorable days of our lives, it was an incredible buzz, we knew it would have meant the world to Eden”.

From my perspective being able to watch Paul and Karen dance was incredibly moving, it completely was the whole reason that I love doing this. As they walked on to the dance floor with their heads held high I knew this was going to be a very special performance, they both looked amazing and were so proud and dignified in the way they moved, if they wanted to make Eden proud then they did that and so much more.

There wasn’t one of us that wasn’t reduced to tears of sadness, pride and joy at this incredible, joyful act of remembrance and celebration of the life of their precious daughter. Whilst I know that it was a memory that they will never forget I also know it is one that so many others won’t either. This year Eden would have been 21, Paul and Karen set up a fundraiser for this and donations topped £2,180 for CRUK. They are incredible in their determination to honour Eden’s life and support future research.

I am so grateful and humbled that Karen and Paul have allowed me to share their story with you. It’s an incredibly hard story to hear but so important to raise awareness and understand the importance of raising money to fund future research. I am in awe at their strength and how they have honoured Eden in such tangible and positive ways.  There is hope and strength in how they have coped and continue to. I hope this message will inspire people to join them in taking on a challenge to help others.

The commitment of the whole Ultra team to making these events a success and to continue this fundraising is incredible. This year more than ever Cancer Research UK needs the support. I hope that we will see more people than ever sign up to Ultra Ballroom and you too can shine like the star that Eden was. 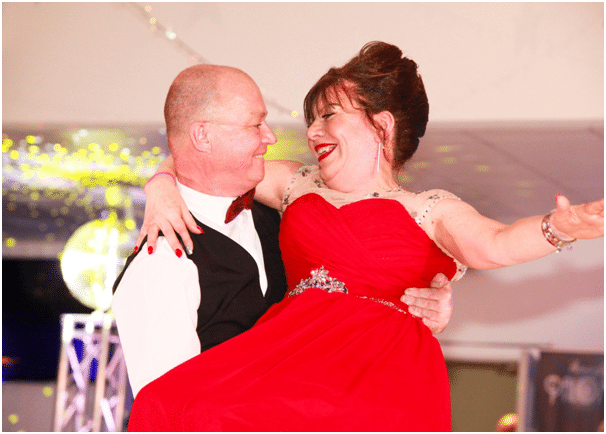