The Argentine Tango … all you need to know

Home » Blog » Uncategorised » The Argentine Tango … all you need to know

We all have our favourite dances on Strictly and often we are divided by our preference for the Ballroom or Latin but then throw in the speciality dances and that’s something else to consider.

So, are you team Ballroom? Team Latin? Or the wild cards that are the specialist dances?

Over the next few blogs, I am taking you deeper into the heart of some of the dances from each of the categories

We are starting with the Argentine Tango 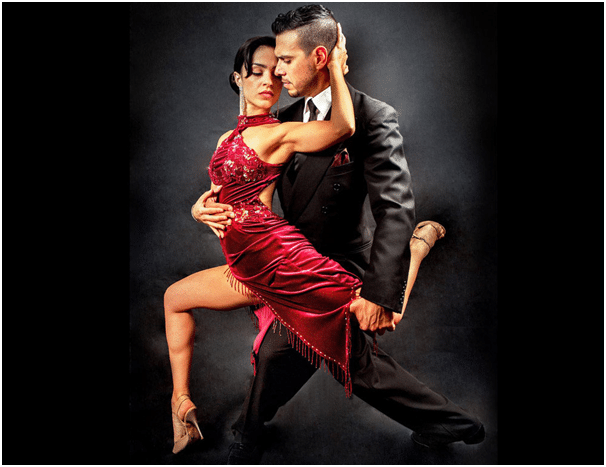 One of the most dramatic dances we see, it’s dark, intense and requires incredible partnership. Over the years on Strictly we have seen some amazing examples of these dances that requires strength and attention to detail.

The Argentine Tango is rooted in the depths of Buenos Aires, it was developed by the fusing of many different styles and influences from other countries such as neighbouring Spain. The music used in the Argentine Tango has low influences of African rhythms but overwhelmingly South American songs and guitar or accordion accompaniment. From the very early 1900s, Tango was used to describe dances at the balls at the Teatro Opera – the largest theatre in Buenos Aires. The Argentine Tango began to spark interest and popularity throughout the City and Country. On the edges of the City at the time were where the immigrants from all over the globe lived closely together and so many different cultures and styles permeated the look of the Argentine tango.  Dancers from the city began to travel across the world and so the dance became known throughout Europe and beyond. As it evolved it became more and more like the ballroom Tango that we know today. 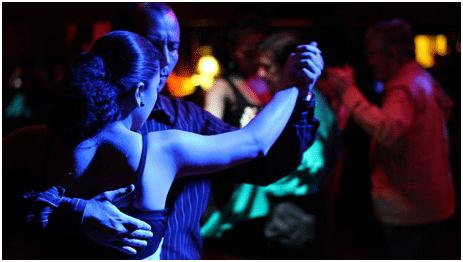 Traditionally the Argentine Tango is improvised, not set or choreographed. It has intense partnership and is almost as if it is just the two dancers in a world of their own and they are seemingly unaware of any audience. This is an incredible skill to be able to improvise a dance and again it is all about the partnership.

Much of the Argentine tango is danced over a very small space, in what is called close hold where the partners are held tightly and their faces almost touch.  It’s danced almost on the spot, possibly because it was danced originally in the small cafes and bars of Buenos Aires but this is an opportunity to show the intricate movements that flick and entwine the partner’s legs. The ballroom tango by contrast moves dramatically around the floor. 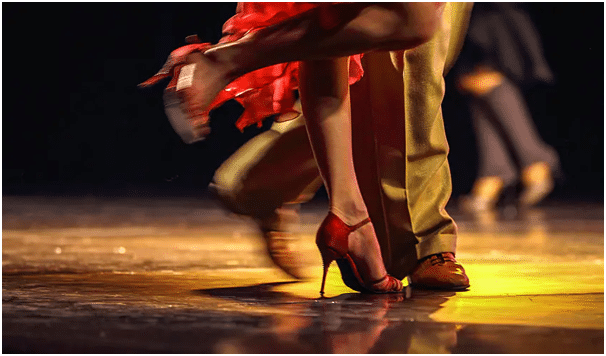 In the last 20 to 30 years the tango has seen a resurgence in popularity with tangos depicted in popular films there has been a return to this beautiful dance.

The Tango is a dance with a strong heritage and the Argentines are proud of its place in their culture. Often the songs used for the dance are sad and lamenting life but the spirit of the Tango is of Love. 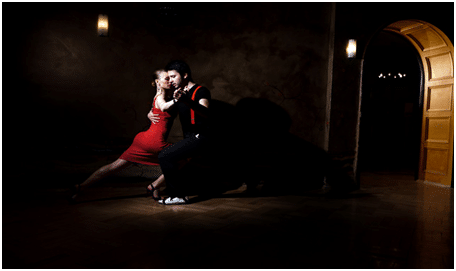